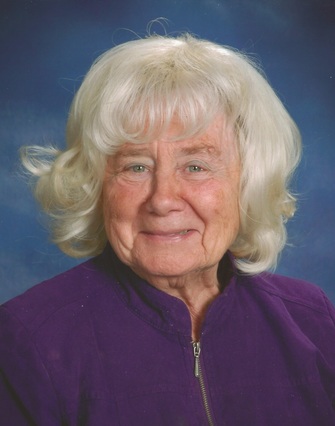 Who is Pat Meyer?
Patricia Meyer is a retired postal worker and a past bargaining representative of the postal union. In 2005 Pat was honored to receive the Mother Jones Award in St. Louis, Missouri for assisting workers.

At one time she served as the softball representative to the Western Michigan University Athletic Board and was instrumental in the naming of the WMU softball field after Coach Fran Ebert.

When one of her daughters, who worked for General Motors, needed help getting transferred back to Michigan Pat began to become involved in the auto manufacturing community. As she became more involved she was approached by many workers and retirees who needed help finding justice in the manufacturing sector. Eventually she organized Uniting All Workers Concern (UAW Concern) and later its political arm, LAWS, Inc., a not for profit organization working for American workers, retirees and their families.

Pat has been working with our Senators, Congressmen, and federal agencies to stop corruption in corporations and union leadership where it exists.

Following are a few of the actions that Patricia and LAWS, INC have taken over the years.

* Sponsoring forums at Western Michigan University and Kalamazoo Valley
Community College where people from all walks of life are able to
exchange concerns and ideas to change what is happening today to jobs,
healthcare and pensions and how it affects our lives and our
communities.

* Pat has a long history of working with the "Big 3" automakers, unions and
employees to help improve conditions.

* 1994 helped displaced Flint, Michigan auto workers who were sent to
Arlington, Texas be able to relocate to jobs in Michigan by working with
the UAW.

* Pat helped employees from GM's Athens, Alabama plant who were
concerned about safety standards where sickness and deaths occurred.

* UAW Concern picketed on behalf of restaurant workers in Chicago,
Illinois. They marched with John Sweeney of the AFL-CIO and Ken Little
of the Carpenters Union.

* Pat and UAW Concern was invited to Washington, D.C. to picket with the
Botanical Union of California in front of the House of Representatives to
stop the signing of Fast Track.

* LAWS was asked to help UAW Local 364 of Elkhart, Indiana. The Conn-
Selmer Vincent Bach Division employees were questioning the company's
right to advertise their jobs in the newspaper want ads while negotiations
are still going on. UAW Concern/LAWS picketed with them. Pat took
some of the members to Washington, D.C. to meet with the National
Labor Relations Board.

* Patricia worked with Congresswoman Nancy Pelosi's (CA), Congressman
George Miller's (CA) and Senator Bryon Doran's (ND) offices along with
several others trying to bring to light what was happening to GM/Delphi
before the bankruptcy.

* She attended both Congressional Auto Hearings in December of 2008 and
submitted several questions to Congressman that were asked during the
hearings.

* Pat worked with Congresswoman Marcy Kaptur (OH) to try to bring
about change in student loans. She made a presentation and collected
questions and suggestions from high school students that were presented
to the Congresswoman.

* She requested Congressman Bill Huizinga to sponsor a Bill about Social
Security reform that would remove the CAP.

* Pat met with a postal carrier union official in Washington, D.C. She took
information from Michigan postal workers to the union officials to let
them know what was happening to the local workers.

* Pat was approached by Professor C. William Kaufman for help in
informing the nation about the threat China is to America both
economically and militarily. Pat took him to Washington, D.C. where he
met with several Congressmen.

* Pat and Professor Kaufman met with Matty Moroun about the new
bridge proposed between Detroit and Canada. They learned of Matty's
fear of China's importing goods through Canada without having to pay
tariff due to NAFTA.

* In 2012 Pat was invited by Judge Robert Drain to testify before the Delphi
Bankruptcy Court about fraudulent actions on the part of General Motors
and Delphi.

* During the recent probe into the actions of the IRS Pat was contacted by
the Ways and Means Committee to submit information to them about
her experiences with the IRS Whistle Blower Program and the Treasury
Department.

* Pat has been working with Ford ACH employees who have not been given
the employment they were promised by Ford. Some are now working in
non-Ford businesses. They feel that they have not been properly
represented by the UAW International leadership.

* In 2014 Pat found and worked with a lawyer to help ACH workers file a lawsuit against the UAW because a Federal Judge said that she could not b a part of the lawsuit.

* On September 21, 2014 Pat sponsored a Workers Forum at Western Michigan University - speakers were WMU Professor Don Cooney who spoke about Human Rights, UAW Retiree Advocate LeRoy McKnight who spoke about UAW retiree benefits, Lori Neddleton Flint Truck and Bus employee who spoke about the lack of representation for its workers by the UAW International and local representatives, and Attorney Jonathan Browning regarding the ACH lawsuit against the UAW

* Pat contacted the NLRB and the OLM to keep them informed once again of the UAW members and retirees' concerns about the UAW actions.

* April, 2015 Pat met with Congressman Bill Huizenga and his staff who sent information to eh Congressional Education and Workforce Committee.

* Pat met with Representatives from the Congressional Education and Workforce Committee and presented concerns about UAW actions.

* September 21, 2015 papers were delivered to the Ofifice of Labor Racketeering and Fraud Investigations in Washington, D C regarding the actions of the UAW International and local leadership.

These experiences have lead to the writing of four books, "You Win...But Lose, A Must Read for All American Workers," "America: Rightside This," "Dispute This! America is Crumbling Within, The Keys to Uncovering the Cover-up" and "How Washington D.C. helped allow corporations to get away with fraud."

Patricia lives in West Olive, MI and is active in her church, in community activities and with her family.